What a hassle with Social media!

I have never thought that I would ever so delve into social media ….. My goodness, what a hassle. Facebook I can survive, but twitter… After that you must also delve into instagram and it turns out that pinterest is not only for the hobbyist, but also a social media activity. And all that you can point out to each other …..
In the meantime I seem to become a real expert on that area, and, who would have believed such, I’m actually going to like it too! 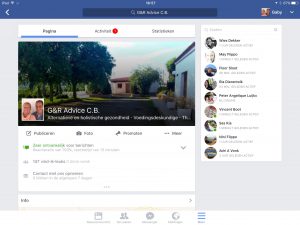 On Ibiza everyone uses Facebook (G&R Advice CB9) The direct contact is important as well, of course. Ibiza is, after all, the hippie island and with that, direct contact will always be most important, though. But sharing facts, doing business, that happens via Facebook. My idea was, when I came here, Facebook should be the only social media thing …. So every now and then I saw a picture with caption passing on Facebook, and thought “How do they do that anyway”. And sure enough, it was instagram!

Instagram (bioresonance_ibiza) is a phenomenon of its own. You can post pictures … Nice. But, you can also edit picture ´ s. That’s mag 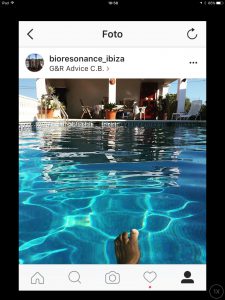 nificant in my opinion. As fast as you can make a sort of magazine photo ´ s, is a wonder. After that I got used to the hashtags. In addition, as an added advantage, you can always draw more people to your website, so that more and more people get the know how of what sort of work we are doing.
Before you insert the picture, it is mentioned “would you like to share”? Why not, I would like to share. Great! A direct stream to Twitter. 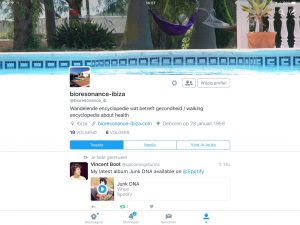 This has the effect that those groups now also all are mixed. They followed first only Facebook or twitter, but because they see instagram now as well it is vice versa. The network doubled very fast, so does the traffic on the website (www.bioresonance-ibiza.com). 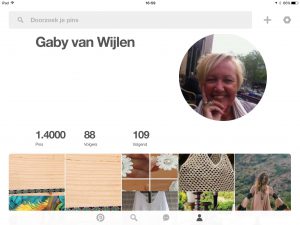 Because I’m creative as well, someone pointed me to Pinterest (Gaby533). The warning came with it, that it can be pretty addictive! Well … that was the truth! My oh my, what I saw! All sorts in creative fields and additionally the descriptions came with it. heaven on earth for a creative person. The possibility is to share with all the other social media aspects.

So, because I have already made quite a lot of stuff, I made in the meantime an Etsy account (BohniFashion). All what I plan there, I can again share with Pinterest and Facebook. Incredibly, that social media!
In short, it is highly recommended to you to delve into the social media happening!