The influence of light 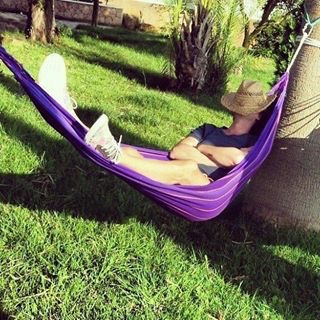 The influence of light on our immune system. 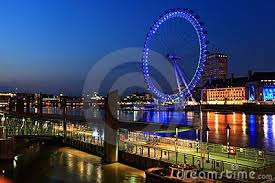 After I was with Nini in London last time, a feeling came to me that all that light cannot be healthy for us. She lives on the outskirts of London and it is there really never dark. Light shining through the blinds in the rooms. Light of street light, light in the gardens, car ´ s, you name it. The biorhythm must be affected somehow. So after some research I came upon some remarkable facts.

Why our eyes are so important.

Our eyes have a nerve connection to the brain where both physiological and psychological processes are controlled.
That the direct effects of light affect our performance, fatigue and alertness.
Aside from food, water and air is light a necessary element that affects our mental and physical health.

A little bit artificial light disturbs the sleep-wake rhythm according to various studies of humans. A dark bedroom is so important for a good night’s sleep.

According to the researchers, it is important to be able to sleep in fully darkness. Only then can hormones change the food into energy via the right way. Not only the light of smartphones and tablets has a disruptive effect, but also ambient light as street lights can disrupt the production of melatonin. It also turns out that the light has a negative effect on the metabolism.

Tips on sleep and light. 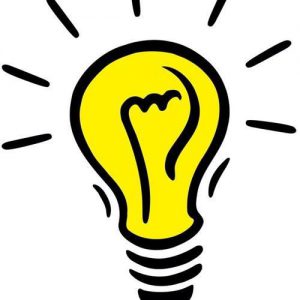 Do hang a night light in the bathroom. Put a night light in the bathroom or toilet instead of bright light that will awake you.
Dim the lights in the evening.
Once it Shimmers, the sleep hormone melatonin will be released into your body. Melatonin causes that the body temperature drops, so the body knows that it is night and rest. If it is too light, your brain does not know that they have to create melatonin. So dim the lights 2 to 3 hours before you go to bed.
Also the light of a computer screen or tv will keep you awake. So you can better read before bed, but don’t do that at a lamp that is too bright, but at a lamp of 15 watts.
Go outside during the day. If you are exposed to natural light during the day, you will make in the evening enough of the sleep hormone melatonin. In the dark time of the year is exposure to daylight extra important.
Stay slim with a dark bedroom. A good darkened room is important for good sleep. It is suspected that night light also leads to a worse metabolism and impaired cell division.
Put the door ajar. Many children are afraid of the dark. Unknown sounds, the fear of monsters or much tension can lead to sleepless nights or bad falling asleep. Fortunately, there are many ways to reduce or eliminate that fear. For example, open the door a little bit.
Let the morning light come in. Light stimulates the production of dopamine, which gives you more energy. Artificial light does not help, you need sunlight. So do as soon as possible the curtains open. A morning walk also helps particularly well. 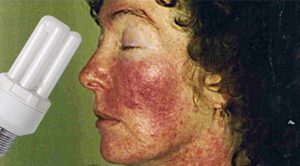 As most know from our practice, we are an absolute opponent of energy saving bulbs! The following text shows why!
Light bulbs cause little or no electromagnetic radiation. Hoewever, energy-saving lamps cause significantly radio frequency radiation (in the frequency range between 25 and 100 kHz).
From measurements of the independent French Research Centre CRIIREM it is showed that the radiation levels at low energy light bulbs to 1 meter distance are still quite high (1). 20 cm from the lamp the radiation level can be as many as 180 V/m (!) These measurements were repeated and confirmed recently by a study of the Flemish Institute for technological research (VITO) (2).
The CRIIREM warns that low-energy light bulbs should be placed at a sufficient distance and that they should not be used as office-, bed-or reading lamp.
The European ban on incandescent bulbs, however, will mean that many more people will use energy-saving light bulbs as Office-and/or bedside lamp, with a high exposure to EM radiation.

In addition to the radiation that is emitted directly by the lamp, there is evidence that low-energy light bulbs also cause so-called “dirty electricity”. That is to say that the radiation emitted by CFLs are moving and continue along the wires in the House, which provides an extra exposure to EM radiation, also in other rooms. 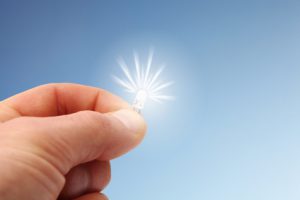 As you may already know, is the light of a LED bulb much brighter than a CFL. LEDs which contain white light and a high proportion blue are up to 1,000 times brighter than traditional light sources. This, of course, feels a little uncomfortable. The biggest risk is what it does with our eyes. This danger is even greater for children because a crystalline lens in development can filter less light.
So it is important that there is attention for the purchase of toys for children, or other products that can attract the attention of children. OIVO expects products quickly take responsibility and indemnify the products of LEDs. In addition, also from 2011 onwards, a new directive will be in force on the safety of toys.
Not to mention: The strong light with blue color can also cause sleep disorders.

Energetic is the LED lamp yet safer then a CFL bulb, also useful to know!

So far this blog about light, this conversation is so common and to have it nicely on a row is so good, though. Clear to everyone yet.

To conclude this blog, I would like you to make curious for the next blog. We come up with something totally new. Something with what we finally can found a bridge between the alternative and the regular medicine. Something I was looking for so long in the Netherlands. Here in Ibiza it came on our path and will be accessible to everyone.

So keep an eye on our website or the Facebook pages . …. it will blow you off your feet!